Produced the content shot at the luxurious Burj Al Arab hotel for this new Jumeirah collaboration with Google. We filmed for 4 days over Ramadan around the whole hotel including the Helipad, Royal Suite and Aquarium.

Please visit the website here to explore this range of media as it’s not possible for me to display within this portfolio format.

Here is the introductory film to give you a taster but there are several films and interactive experiences on the website itself.

The video clip below shows a taster of the film and interactive content created for The Olympic Museum. The exhibits I produced include the following:

“The Flame is Yours” is a unique use of AV in a spiral art installation, featuring footage and motion graphics projected onto suspended silicone rods surrounding a ramp walkway at the entrance of the museum. (00:08)

“Opening Ceremonies” is a 12 metres wide immersive film installation celebrating the greatest moments of the opening ceremonies from across the world with accompanying dramatic sound design. (03:38)

A projected interactive newspaper allows visitors to learn of the influences on Olympics founder Pierre de Coubertin at the time of its creation. It uses a physical blank newspaper triggered by gesture tech to then project animated scenes onto it and appearing to magically bringing it to life. (01:48)

I also produced various other interactive exhibits including a multi-user game allowing people to vote and learn about the rules of the games and also to learn about the origins behind the olympic rings and colours.

I was the lead producer and also a creative on the KAH Museum project for Engage Works. The museum tells the story of the Al Habtoor Group chairman, Khalaf Al Ahmad Habtoor.

This is a private museum only with guided tours, it is not accessible by general public. A tour guide controls all of the media content, audio effects, smells and  lighting all via an ipad control system.

At the heart of the museum is a 360° central hub. This uses a flexible 8k curved display with Christie micro tiles to display film and stills content, all controllable via the iPad application. For the hub film we filmed the chairman and created an 8k film that wrapped around the space, celebrating the aspects of his life that are explored throughout the museum.

I managed the design & branding process, creation of iPad control app, soundscapes, touchscreen digital magazines, film shoots and 8k central hub display. Unfortunately I can’t feature all images or videos of this project at this stage. Here is a taster of the main immersive “hub” film I produced.

The museum experience was designed by Haley Sharpe Design.

In addition to producing the main immersive film “Our Beautiful Game” for the National Football Museum, I also produced a variety of touchscreen interactives and was solely responsible for project managing the on-site AV software installation for over 45 exhibits.

I was the key point of contact to ensure that all of the AV & Interactive content was running smoothly prior to the public opening. Part of this process was to regularly liaise with the client team and all contractors on site providing status reports and working with programmers to fix any bugs. I was also responsible for managing our team throughout this process from snagging through to final completion.

I have edited the following clip to demonstrate the huge amount of AV content in the museum – and this is just a fraction of what is in there!

I produced this awesome wig designing HTML mobile & desktop game for the V&A museum with the talented chaps at Rhythm.

It seems people just can’t get enough of designing wigs. Please click here to design a wig yourself!

The site was so successful that it was picked up by various blogs, resulting in it going viral and crashing the V&A’s servers with the amount of traffic. See the various articles on it below by a number of influential websites. 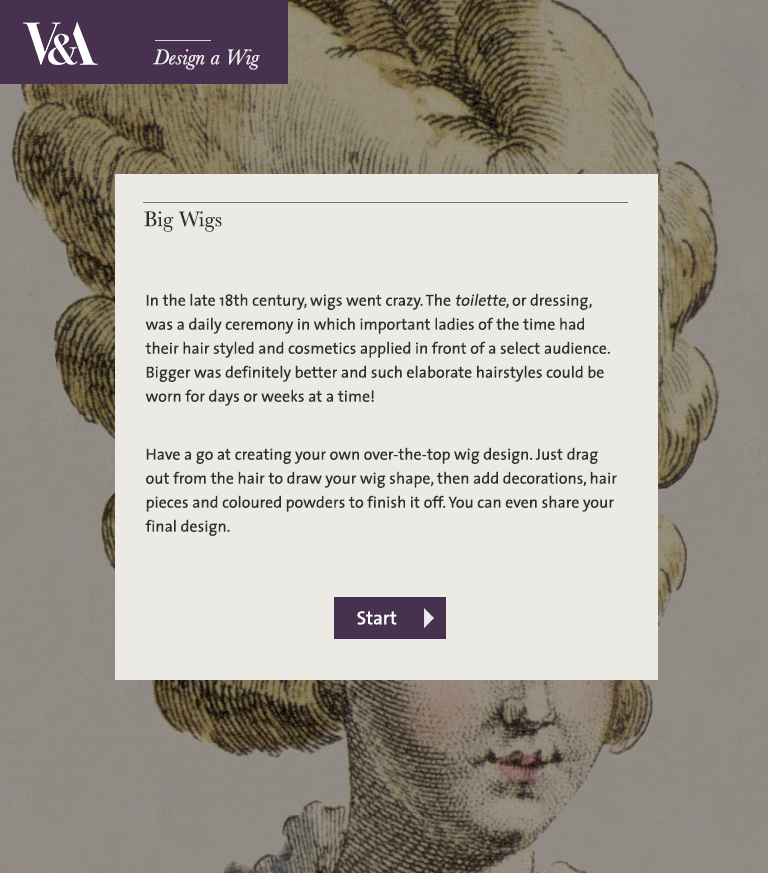 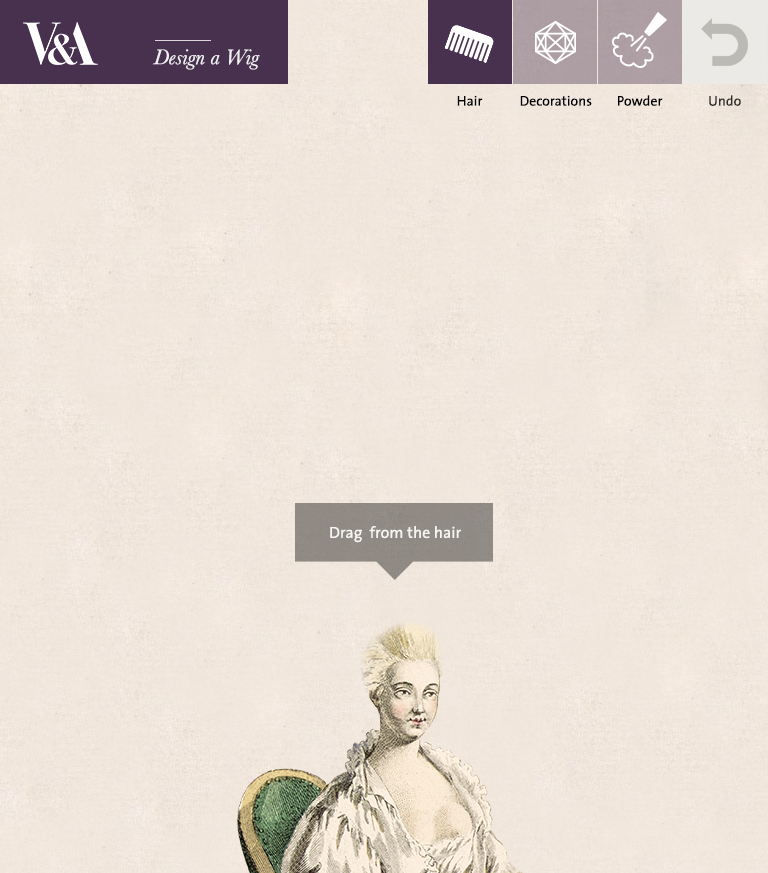 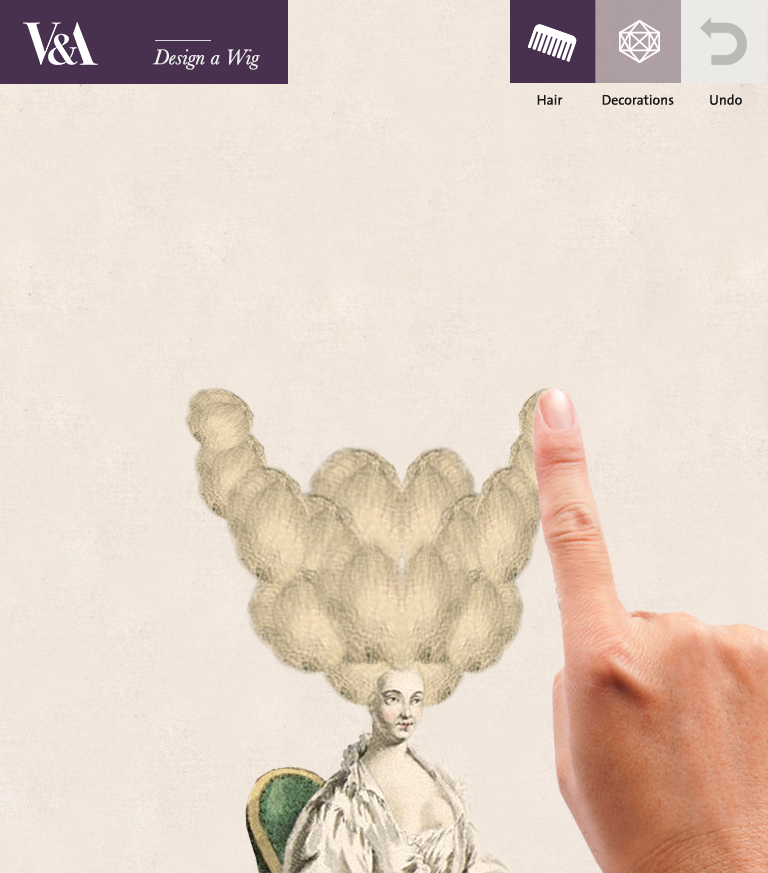 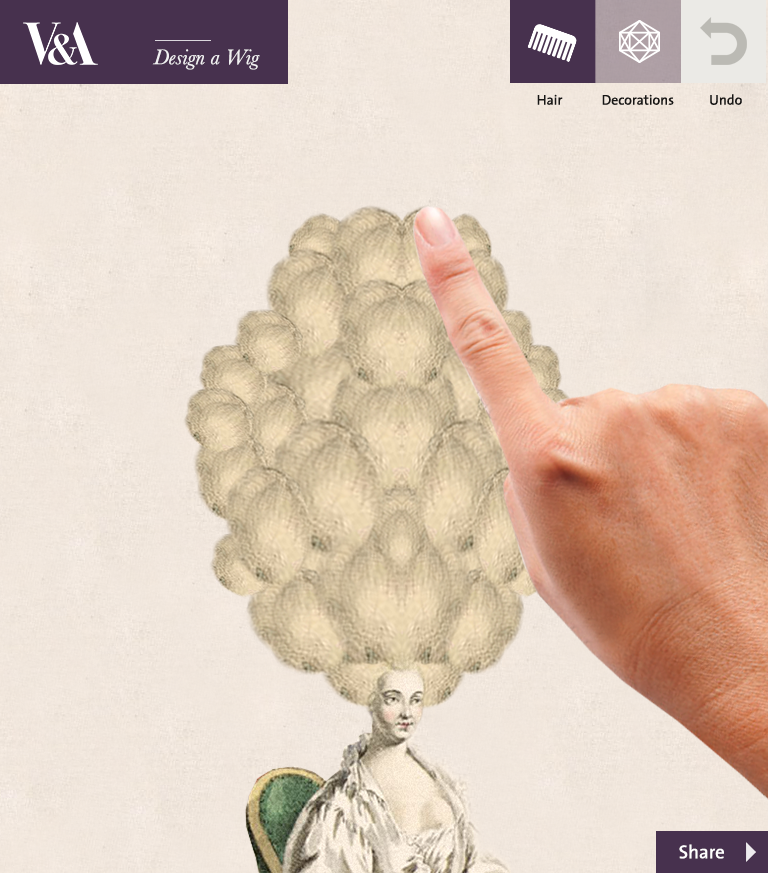 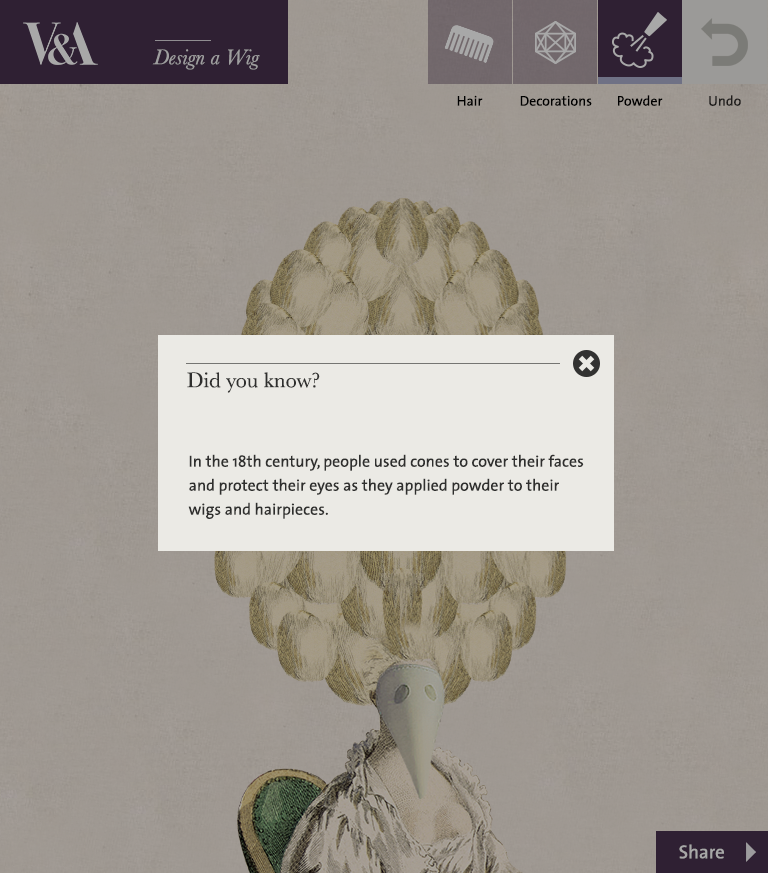 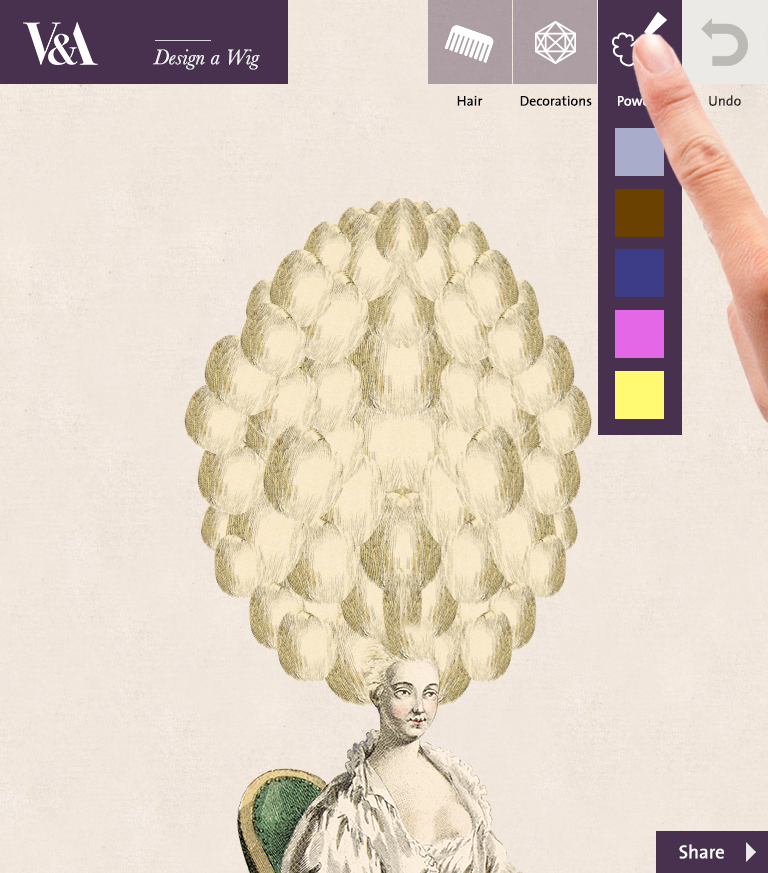 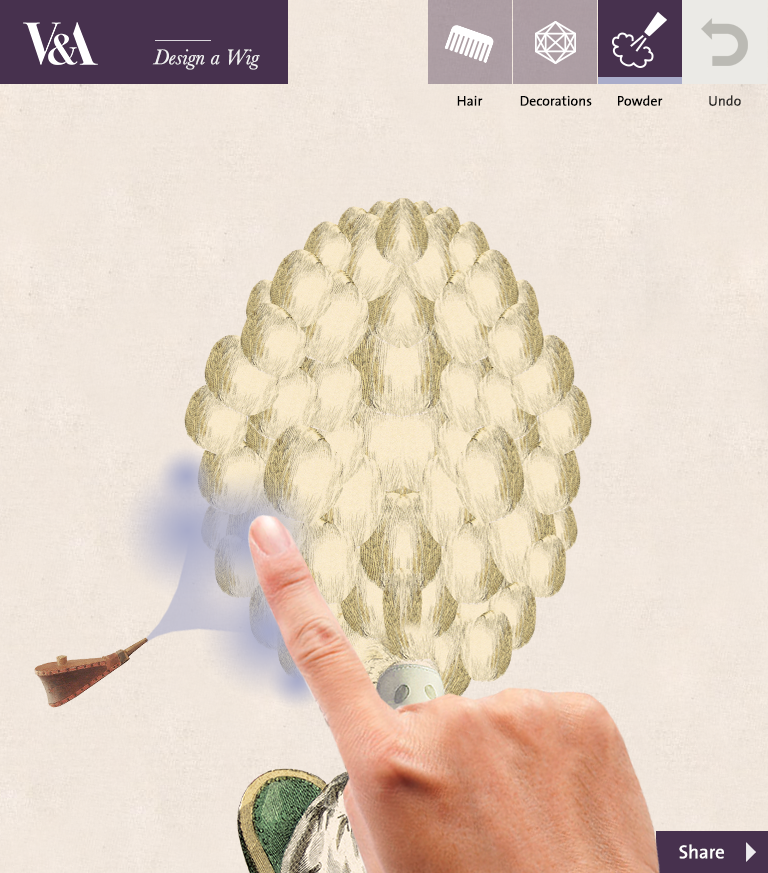 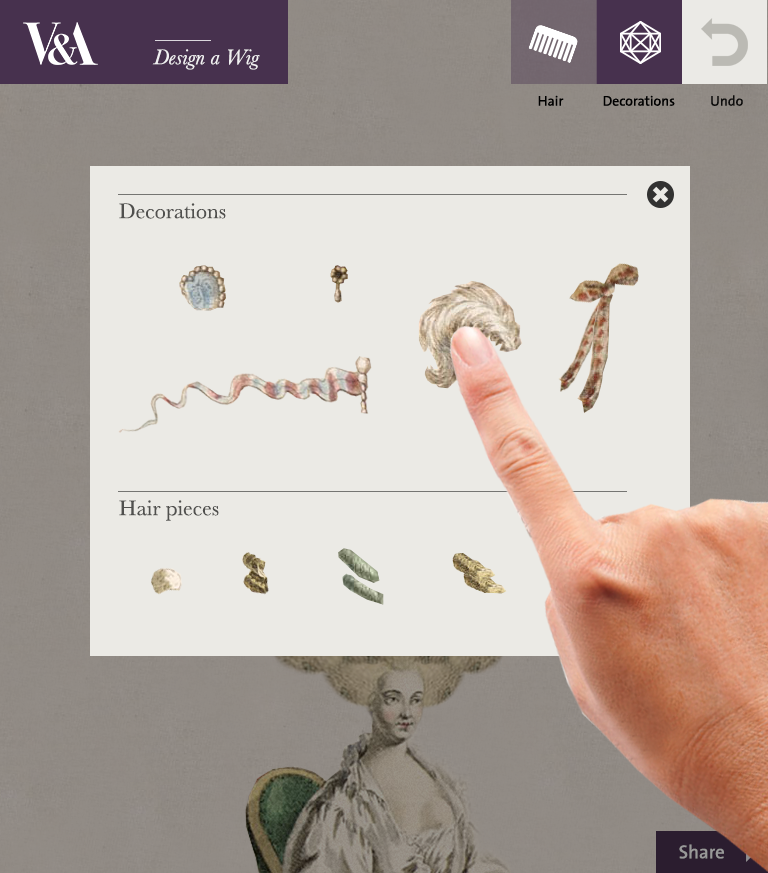 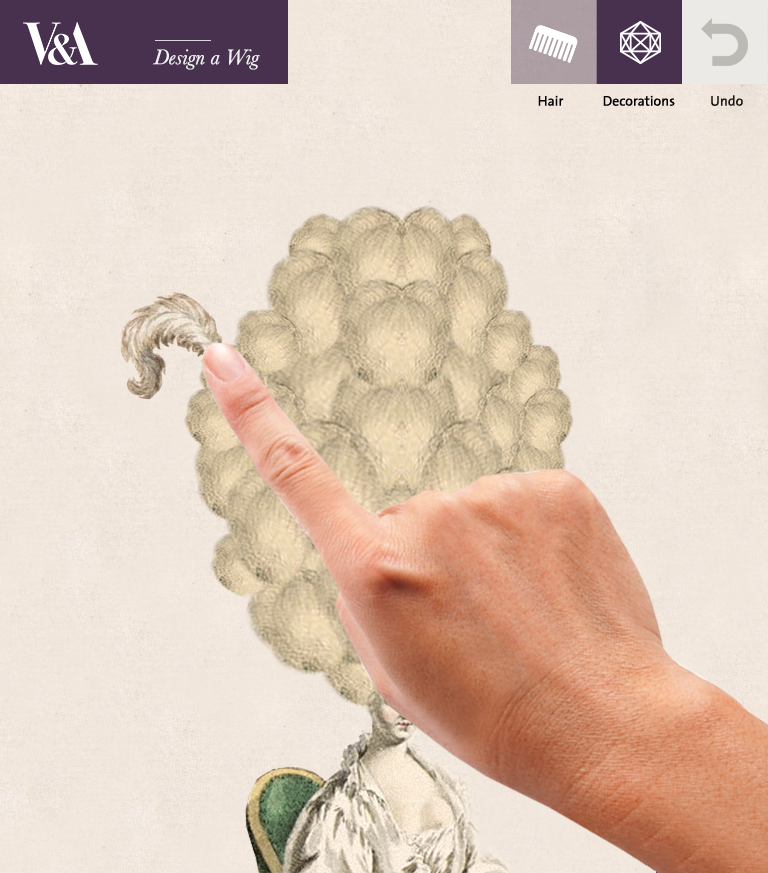 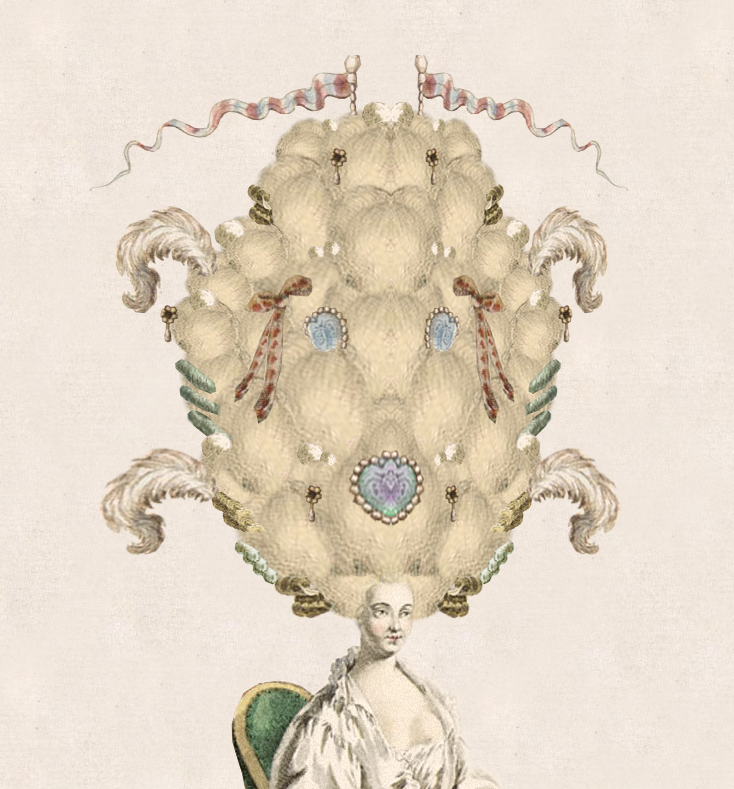 The idea of the game was to create an engaging mobile app for children and adults alike – helping them to learn about fashions in the 1600-1800s and to share their final designs to increase further engagement.

I managed the pitch, took the brief, worked on the user journey and design in order to sell this idea to the curatorial team. We also completed various stages of user testing to ensure the game was easy to use across mobile and desktop.

I produced AV & Interactive content for “M Shed”, a new exciting and innovative museum in Bristol.

The interactive exhibits are designed to allow visitors to contribute their own stories and become part of a living record of the city. Touchscreen kiosks throughout the galleries enable the visitor to explore M Shed object collections and their stories.

Visitors can add their experiences and opinions onto these kiosks in the gallery or on the museum’s website. There are also interactive exhibits allowing visitors to vote on local issues and voice their opinions.This video shows just a selection of some of the interactive work in the museum.

I designed and developed this 360 website for Magnet in the lead up to the Cannes Lions 2016. I planned the layout and UX, wrote all the copy, helped design the logo, sourced the imagery and worked with the designer/developer in WordPress to deliver this site in a fast 1 week turnaround. 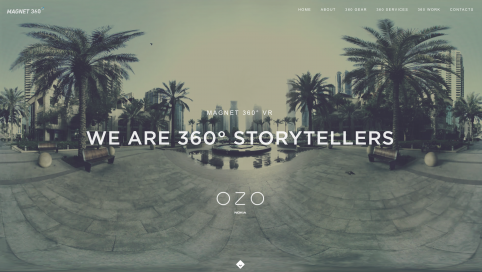 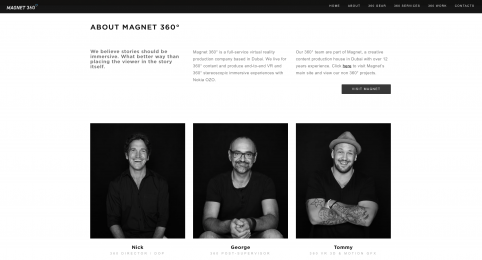 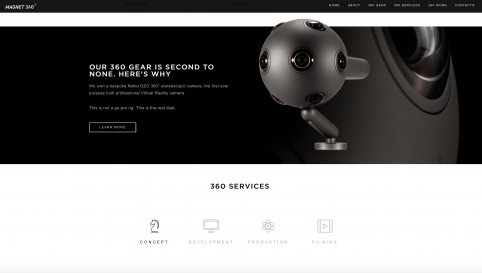 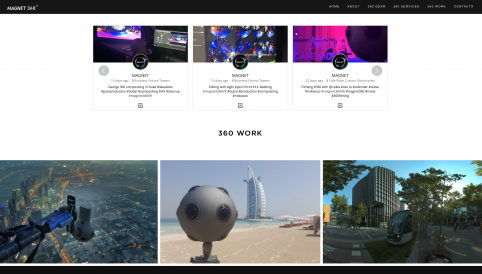 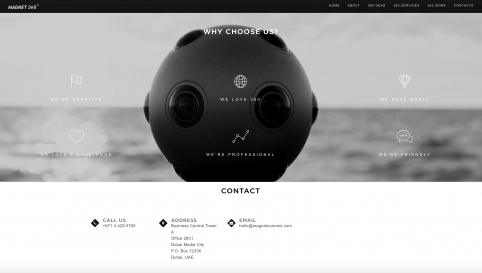 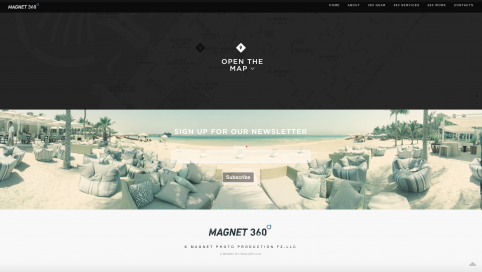 I produced a number of interactive exhibits for the Richard III centre designed by Studio MB. These covered various themes, from the way Richard III and his disabilities have been depicted throughout history, through to the archeological dig itself and scientific methods used to examine the bones such as CT Scans, DNA analysis, carbon dating and facial reconstruction. 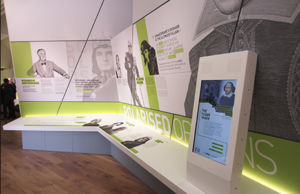 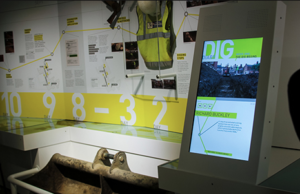 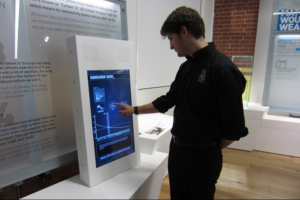 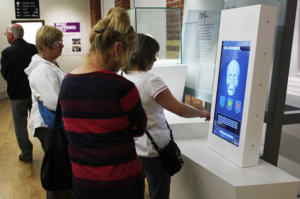